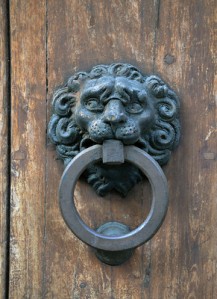 In these days of moral and societal turmoil, many Christians are asking ultimate questions: When will the Kingdom of God come on earth? On one occasion, the Pharisees pressed this question on Jesus.

Jesus answered from Israel’s history. The Coming will be abrupt and unexpected, as the great flood was in the days of Noah, or Sodom’s sudden destruction due to her moral decay.

And so, Jesus said, in essence, get ready, and when the time comes, make no efforts to save personal valuables from your house. (Luke 17: 20-37)

One person in Jesus’s parable is a godless, unfeeling judge. He was likely living in a fine home, giving access to his services only to those who could produce a fistful of coins.

The other person in Jesus’ story is a destitute widow. We may assume she is in crisis, such as at the hands of an unscrupulous wealthy person who is about to seize her cottage, putting her out on the street.

She has no husband to confront the ruthless fellow, and no sons to protect her. She is penniless. Her last and only resort is to win the judge’s favor by means of relentless pleading for a fair judgment.

And so she walks all the way across town. Upon ringing the bell at the judge’s gate a servant comes out and inspects her through a knothole in the gate.

One look and the servant announces, “The judge is not in.”  He turns and walks back into the house.

Since this judge is the widow’s only hope, the next day she knocks again. “The judge is sick today,” the servant at the gate announces.

Even so, the following day the widow appears yet again. “The judge will be busy all day with a merchant,” the servant says impatiently.

This drama is repeated for several more days. Her crisis is approaching. The unjust seizure of her humble dwelling is soon to happen. But she will not give up; she is determined.

Finally, the judge relents. It’s not that he repents of his indifference or feels any empathy. His heart remains cold. But, in exasperation, with both hands in the air, he says to his assistant: “She’s pestering me to death; here, prepare the written judgment I dictate.” The widow’s persistence had won her appeal when nothing else could.

The point of the parable is not that God is like that judge — cold and uncaring and only responsive to those who bruise their knuckles from knocking at his entrance. In fact, Jesus speaks often of a loving Father who hears those who call on him in humility.

But the parable does suggest that in very urgent times the prayers of his disciples should be like the appeals of the persistent widow.

In this time of family, national, and worldwide turmoil and even with some needing to flee from homes under attack, should we not be hearing with clarity Jesus’ cautionary call to persistence in prayer? When the Son of Man comes, will he find faith upon the earth?

To receive my articles by email each week click here

If you like what you read here, please consider subscribing to the blog using the links above. And please feel free to leave comments -- I'd be glad to hear your thoughts and feedback! DNB.